Mary Greenwood's How To Books have won 32 book awards. 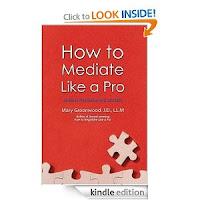 How to Mediate Like  Pro has won twelve book awards.

How to Negotiate Like a Pro, first and second edition, has won eight book awards 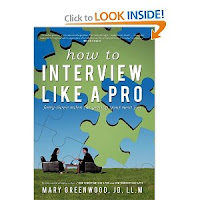 How to Interview Like a Pro has won twelve book awards.
Posted by Mary Greenwood at 3:27 PM No comments: 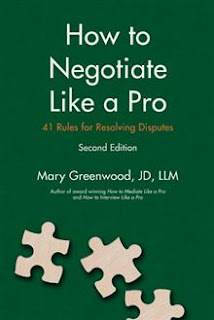 Tis the Season for Book AwardsBEA, New York, June 5-7 2012, is the place to be. by Mary Greenwood

Spring has sprung and many of the book award contests announced their winners in May and others will announce their awards in June at the Book Expo America in New York.
May Book Awards
The Book Expo America
The Book Expo America is in New York again this year on June 5-7. Many of the book awards will make their book award announcements a part of their festivities.
4. The Indie Excellence Awards will announce their finalists and winners at the same time as the BEA.
BOTYA
The ForeWord Book of the Year Awards (BOTYA) are bucking the trend. They used to announce their awards at BEA, but now they announce them at the American Library Association’s Annual Conference and Exhibit, which is being held June 23, 2012 in Anaheim, California. This is appropriate because the awards are designed for booksellers and librarians to discover distinctive books across many genres.The finalists were already announced on April 2, 2012 and the winners will be announced on June 23, 2012
Congratulations to all the winners. May these awards make you famous and help you sell lots of books. Next month, I will list some of the winners of these awards.
Mary Greenwood, an Attorney, HR Director and Author of
How to Negotiate Like a Pro, Second Edition, published April 19, 2012
How to Interview Like a Pro, Winner of eleven book awards
How to Mediate Like a Pro, Winner of twelve book awards
How to Negotiate Like a Pro, Winner of six book awards


Posted by Mary Greenwood at 1:12 PM No comments: